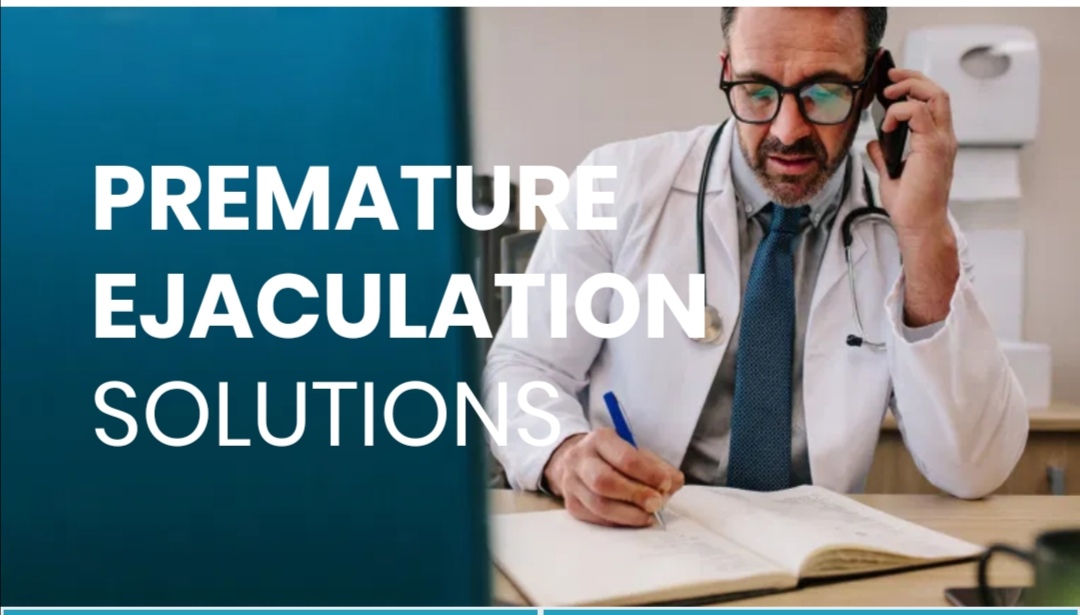 Performance anxiety may also lead to erectile dysfunction as the fear and stress associated with sexual intercourse makes achieving and maintaining an erection much more difficult.

Premature ejaculation is one of the most common forms of sexual dysfunction and is thought to affect up to 29% of men. Both the term “premature ejaculation” (PE) and the term “rapid ejaculation” (RE) are used to describe this condition. The most accurate definition of PE is “the persistent or recurrent onset of orgasm and ejaculation with minimal sexual stimulation before, on, or shortly after penetration and before the person wishes it causing marked distress or interpersonal difficulties”.

There is no clear time limit associated with PE. Most simply put, if you ejaculate too quickly (more quickly than you would like) and if this condition bothers or upsets you, it is likely that you have PE.

With professional help from the exceptional staff at the Men’s Health Clinic, there are several ways to correct this problem.  Treatment is aimed at helping the man maintain his erection, improve his confidence and control his ejaculation.

In some instances, PE can be a side effect of erectile dysfunction. In other words, the anxiety associated with not being able to maintain an erection can often lead to a habit of early ejaculation.  However, when a man is able to have normal erections, premature ejaculation may be caused by physical and/or psychological problems.

Throughout the world, attempts to better understand the physical causes of PE are underway.  The physical problem associated with premature ejaculation can be simply described as “over-sensitivity” of the penis.  In these cases, the man responds far more rapidly to normal sensations, resulting in rapid ejaculation, much sooner than he expected.

Psychological causes of PE are often associated with “performance anxiety” – anxiety relating to sexual intercourse.  The man focuses only on the process of ejaculation, and not on the enjoyment of sexual intercourse, leading to increased tension and usually premature ejaculation.  Men may actually avoid sex because they fear not satisfying their partner.  This can cause further difficulties in the relationship or make it difficult for him to find a partner.

Periodically, you might notice that you orgasm quickly during sex. It’s normal for this to occur occasionally, and it can happen if you haven’t ejaculated in a while or if you’re sleeping with a new sexual partner for the first time.

However, if you are frustrated because you’re consistently ejaculating earlier than you’d like (often within the first three minute of sex), then you should be evaluated for premature ejaculation.

Receiving a diagnosis for premature ejaculation is a straightforward process, only requiring a phone consultation with a Men’s Health Clinic Doctor. At your consultation, the doctor will ask about your medical history and any ongoing medical conditions you have.

Can it be treated?

Yes. Because every body differs, no single treatment works for every man. Many men can be treated successfully and easily with affordable treatment options. The hardest part is taking the first step and talking to a doctor.